Skip to main content
Get The NFT PRO Academy Courses $69
Since 2017, people have spent over $170 million US on the purchase of NFTs.

Mike Winkelmann created an NFT and sold it at Christie’s for an incredible sum of $69.3 million which is a new record
Get The NFT PRO Academy Courses Here

We left no stones unturned. When you get your hands on this course, you will become completely knowledgeable on the subject and you’ll get everything you need in this course to understand how to make money with NFTs.
Get The NFT PRO Academy Courses Here

Non-Fungible Tokens (NFTs) have been in the news a lot recently. They are a relatively new thing and people are already capitalizing on the craze. People want to know more about NFTs and how they can profit from them. But You Must Approach NFTs In The Right Way To Get The Best Results. You will need to learn what NFTs are and what they are not. You will also need to learn how NFTs work and how you can easily create them. You will also need to discover the best ways to promote NFTs and how to find investing and flipping opportunities for profits.
Get The NFT PRO Academy Courses Here

LEARN: Get FREE Bonus Materials when you purchase the course immediately!
GET IT TODAY FOR ONLY $69! 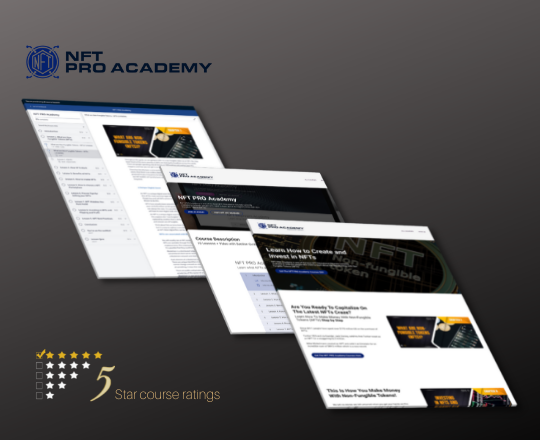